HB 198:2014 Guide to the Specification and Testing of Slip Resistance of Pedestrian Surfaces is the new gold standard for the guidance relating to new pedestrian surfaces is an updated version of the 1999 CSRIO HB 197. To obtain your copy of Standards Australia HB 198 or SA CSIRO HB 197 call SAI Global on 131 242. 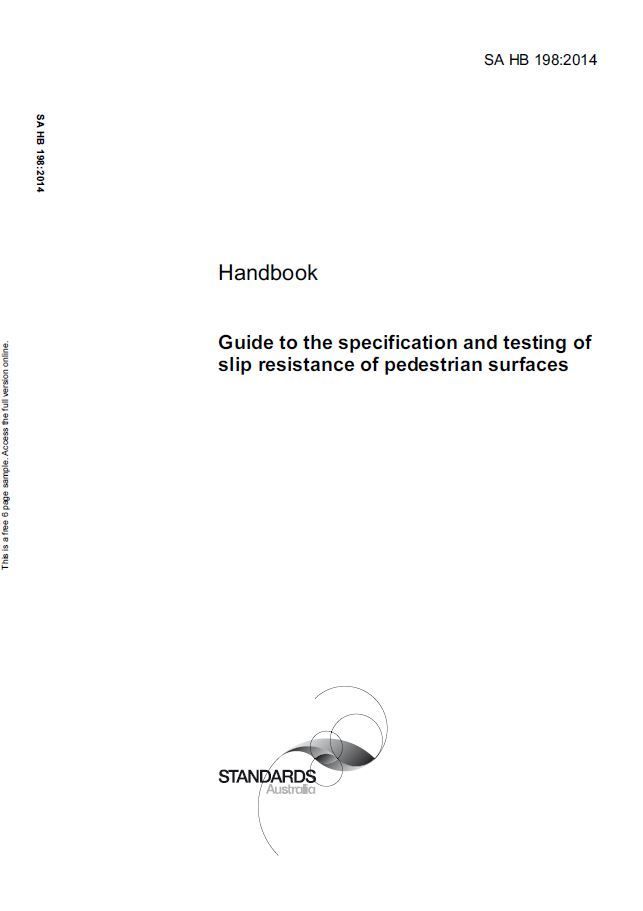 HB 198 Guide to the Specification and Testing of Slip Resistance of Pedestrian Surfaces was developed by Australian Standards Committee BD-094, Slip Resistance of Flooring Surfaces. The handbook was published in 2014 on 16 June after being approved on the 28 May 2014. The purpose behind the new publication was to outline some of the changes which were introduced to the new slip testing standards:

As well as outlining changes to the way in which the testing methods have been altered, the Handbook was developed to outline the introduction of the prescriptive requirements of the 2014 version of the Building Code of Australia (BCA), also known as the National Construction Codes (NCC).

Previously the Building Codes has only stated that stairs and ramp have non-slip or non-slip nosing’s which were not quantified; however now these parts of buildings are required in many instances to now have formal testing and assessments to be carried out and certified by councils or a Principle Certifying Authority (PCA) such as a building surveyor.

The new Standards Australia HB 198 includes much of the original content of the previous SA CSIRO HB 197 An Introductory Guide to the Slip Resistance of Pedestrian Surface Materials, which was published in 1999. The slip ratings and classifications are similar in context, whilst the test methods have changed slightly and the use of wet, dry and transitional areas highlights the concept of considering the specification process in more detail rather than copying directly from the tables.

Other notes to consider in HB 198 which was also outlined within SA CSIRO HB 197:1999 is that factors relating to a slip and fall are not always a direct result of the frictional characteristics of the floor. Other factors include:

This is why there are limitations in HB 198 which outlines that it is for general guidance only and that as there are almost always a complex interaction of factors, even specifying and ensuring surface achieve the recommendations, it will not stop incidents from occurring. To obtain

While over the years a number of companies have introduced accelerated wear test methods based on that developed by Strautins of Safe Environments, the testing was not introduced specifically, however if there is a requirement of permanence of slip resistance, then the standard requires testing to assess this.

Another change that HB 198, AS 4586 & AS 4663 introduces is that gratings, carpet, carpet like material, artificial grass, and textiles are now to be including within the testing and assessment protocols. This now includes that all pedestrian surfaces are to be tested and assessed.

Changes in the testing standards as outlined in HB198

HB 198 mentions some changes in the slip testing methods where the wet pendulum slip test has implemented lapping film and that the slip ratings are now expressed as a Slip resistance Value (SRV) with P Classifications now in force. The lapping film has been introduced to minimise how the roughness of the slider may affect results which provides greater discrimination between more slippery surfaces. HB 198 now provides further guidance on the slider selection where slider 55 is preferable to wet barefoot areas through the research by the UK Health and Safety Executive (HSE) and CSIRO (with former CSIRO researchers of Bowman, Strautins, Quick, Westgate, & Devenish).

The dry floor friction test measurements are now conducted within individual measurements of 100 mm due to the constraints of the testing device. The oil wet ramp testing has changed by the introduction of the Uvex test boots and the new calibration boards from the 2010 version of the German DIN standard and essentially no changes are made to the wet barefoot ramp slip testing.

The slope correction values in HB 198 are basically the same as in HB 198, with the safety factor of 25 percent applied.

HB 198 goes into detail regarding the new changes to the Building Code of Australia slip requirements. The new slip requirements include prescriptive testing to ensure that nosing’s, stairs and ramps are adequately slip resistant when constructed. It explains the volumes:

and the slip resistance requirements for both types of buildings. HB 198 outlines the deemed to satisfy levels at Table 3A providing minimum wet pendulum test or oil-wet inclining platform classifications in the National Construction Codes.

Where there are floors that require adequate slip resistance and is not covered by the Building Codes, then Section 5 “selection of pedestrian surface materials” provides guidance. The recommendations in HB 198 are similar to the SA CSIRO HB 197 recommendations. Table 3B outline slip resistance for specific areas such as external and internal wet, dry and transitional areas. The term transition has been introduced to define those areas which are intended to be made dry, through control measures, but may get wet at times.

HB 198 also includes the concept of verifying surface based on the AS/NZS ISO 9001 standard. This would also include the recommendations for slip resistance testing to be carried out by companies that are accredited by the National Association of Testing Authorities (NATA) to ensure the quality and accuracy of testing that is conducted.

Includes information relating to designing sloping surfaces such as ramps. There are tables and formulas that can be used to assess the adequacy of products and materials base don’t eh laboratory test results.

For more information on interpretation of HB 198 and what it means to you or slip resistance testing and consulting services please contact our Sydney or Melbourne office on the number or email below. 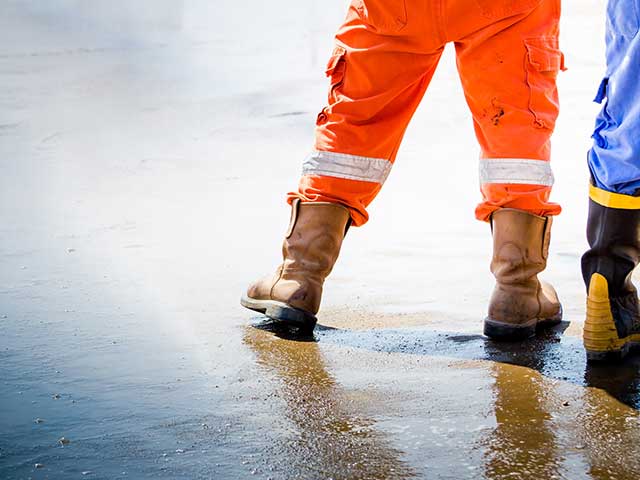 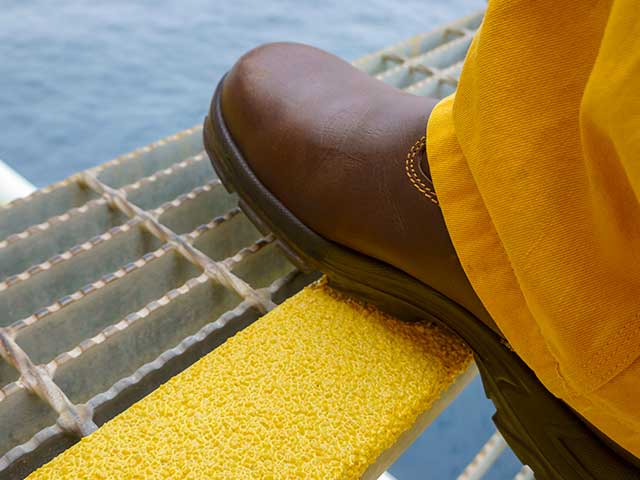 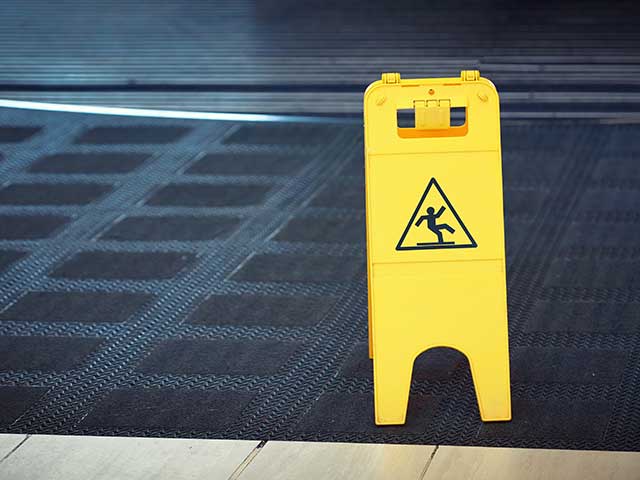