AS 4586-2013 is the Australian Standard which provides slip resistance ratings for pedestrian floor surface materials. The information below outlines the slip ratings  on each of the slip testing methods within the 2013 version of AS 4586.

The wet pendulum slip test outlined in Appendix A of AS 4586 classifies the slip rating of surfaces that are prone to water contamination. The floor surface is tested using a Pendulum Friction Tester, where the individual measurements is the British Pendulum Number (BPN). The slip rating however is based on a minimum of five (5) specimens tested, in which the average of the BPN is used. The average of the five measurements in then described as a Slip Resistance Value (SRV), which is the method of classification for the pendulum slip ratings.

The slip rating may also be considered a lower slip rating if one resulting specimen achieves a BPN less than the SRV minus 20 percent. For instance let’s say that the SRV was 50 with slider 96, this would at first glance achieve a P4 slip rating. However if one specimen in the sample lot achieved a BPN of 39, then the floor surface would be classified as P3. This is because 50 – (50 x 20%) = 40 and as one result was at 39, being less than 40, the lower slip rating is then applied.

If the lower slip rating is obtained, then the supplier of the product can either:

AS 4586-2013 Append B is the Dry Floor Friction Test (FFT) which provides the slip ratings of surfaces that are intended for mainly internal floors that are away from potential contaminants. This test is not suitable to assess the frictional characteristics in wet contaminated conditions. The average Coefficient of Friction which is obtained by the Tortus device or similar is applied to classify the slip rating:

The wet barefoot inclining ramp slip test provides the A, B & C slip ratings that are commonly used to specify the slip resistance of floor surfaces around swimming pools, communal changes rooms and the like. The premise of the test is to assess the frictional characteristics of wet water conditions and the slip potential of barefoot bathers.

The slip rating obtained is essentially a comparison against a verification or calibration surface which has previously been verified at 12, 18 and 24 degrees to obtain the A, B or C barefoot slip resistance classification.

The oil wet ramp slip test is performed in a similar way in which the barefoot ramp slip ratings are obtained, but in this test, oil is used instead of water and a specified safety shoe or boot is used. The most common slip rating that is specified is the R10 slip rating.

The test is first conducted by a number of calibration boards walked on to ensure that the person walking on the boards are walking within the normal limits of the test, being a biological control to the slip test. The ratings are then assessed to the table below. 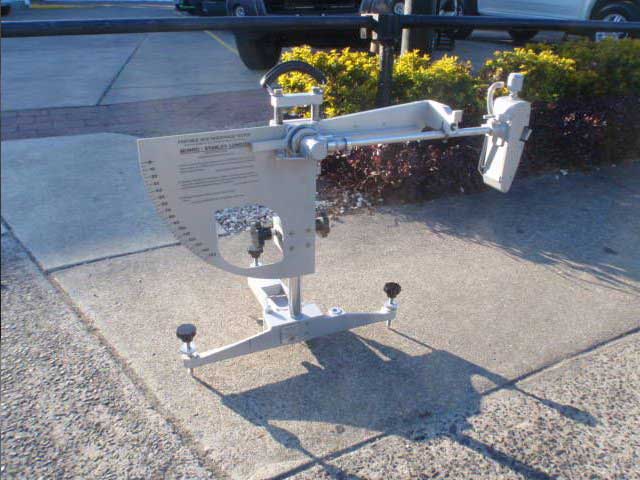 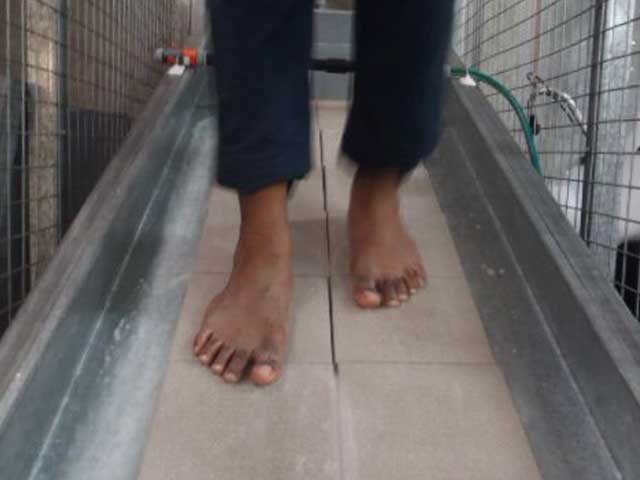 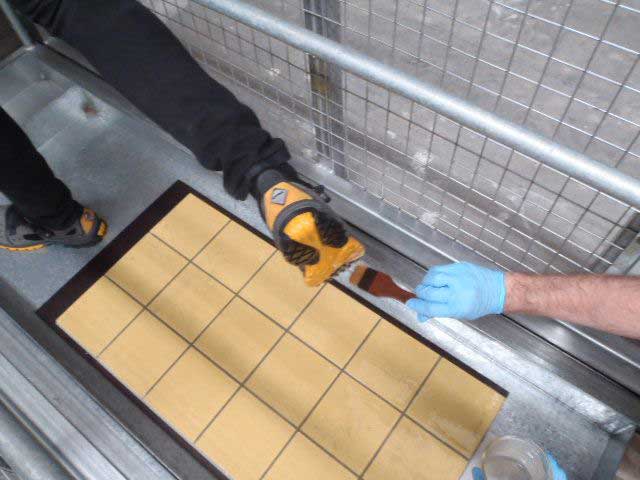 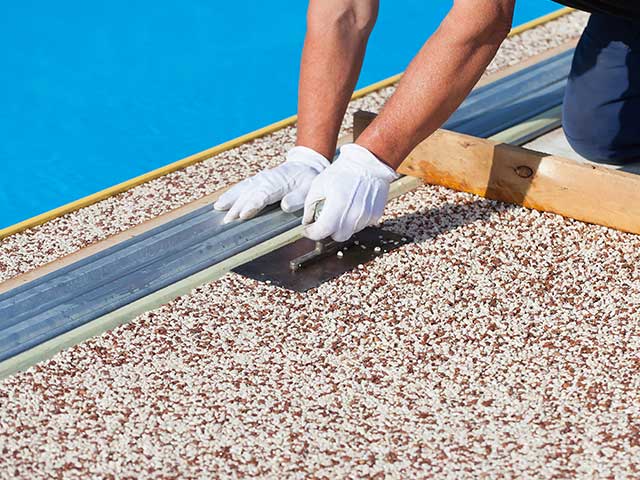