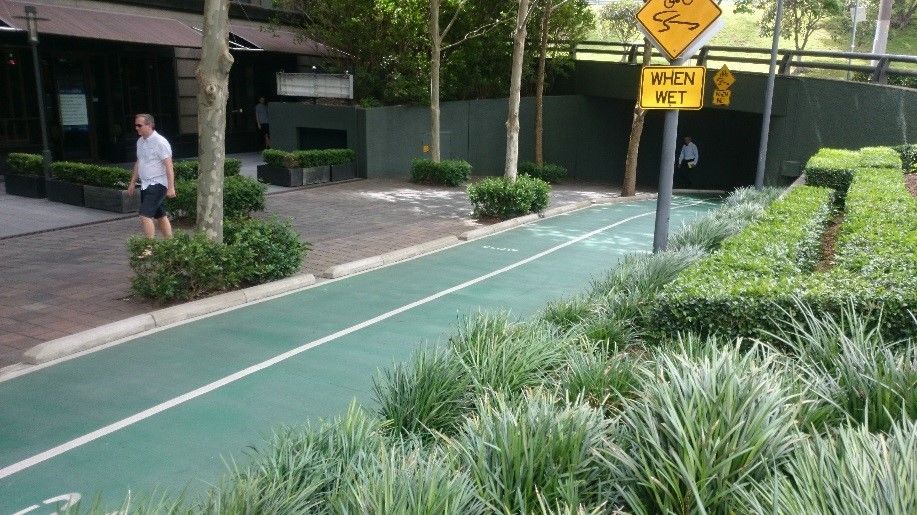 A cyclist slipping in a cycleway could be a very dangerous situation, not only could the cyclist be hurt, but they could cause harm to pedestrians, other cyclists or even cause car accidents. Testing the slip or skid resistance of the surface is important for all road users, and should be considered not only when the cycleway is created, but also at regular intervals afterward to ensure safety is maintained over the life of the cycleway.

Cycleways are often a different colour to the normal road surface so that they are easily distinguished by road users. They are normally comprised of polymer coatings with some sort of grit embedded to provide a degree of skid resistance. This coating can often cause the slip resistance to lower and become a hazard, especially after many months of use and being worn down.

Wet Pendulum testing of a cycleway should be performed throughout the length of the cycleway but particular focus should be at any corners or curves in the path as this is the most likely place for a slip or skid to occur. Also both slider 96 and slider 55 should be used in order to understand the slip resistance of normal pedestrians with shoes on, and the skid resistance of car and bicycle tyres.

At least the NSW Roads and Traffic Authority (RTA), now known as the Roads and Maritime Service (RMS) provide some guidelines on skid resistance testing for coatings and the like. QA Specification R110 for ‘coloured surface coatings for bus lanes and cycleways’ recommend a minimum Slip or Skid Resistance Value (SRV) to be at least 55 and where high skid situation are required that the surface achieves an SRV of 65 or higher. Safe Environments endorses the RMS specification as an intial starting point relating to skid resistance of coatings for bus lanes, paths and cycleways, when tested using slider 55 also known as TRL slider material.

Local councils should also be proactive by identifying ‘black spots’ and ensuring that the skid resistance is not a significant factor when assessing cycling incidents. Safe Environments have provided assistance to many local Sydney councils to manage the risk of skidding accidents on bicycle cycleways.

For more information on control measures to reduce the risk of slip and falls, including skids and falls on cycleways, please contact the Slip Check team at Safe Environments in Sydney or Melbourne. 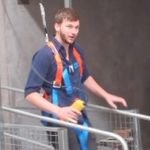 Ryan Voorderhake is a tertiary qualified slip resistance testing consultant with Safe Environments having a completed a Bachelor of Forensic Science (Honours) in Applied Chemistry at the University of Technology, Sydney. Ryan is proficient having undergone successful completion of Safe Environments NATA endorsed training program in wet pendulum testing, dry floor friction testing, oil wet ramp testing and pendulum calibrations to the Australian Standards AS 4586 & AS 4663. With a size 13 boot, Ryan is the giant of floor slip testing when undertaking the oil wet ramp test.