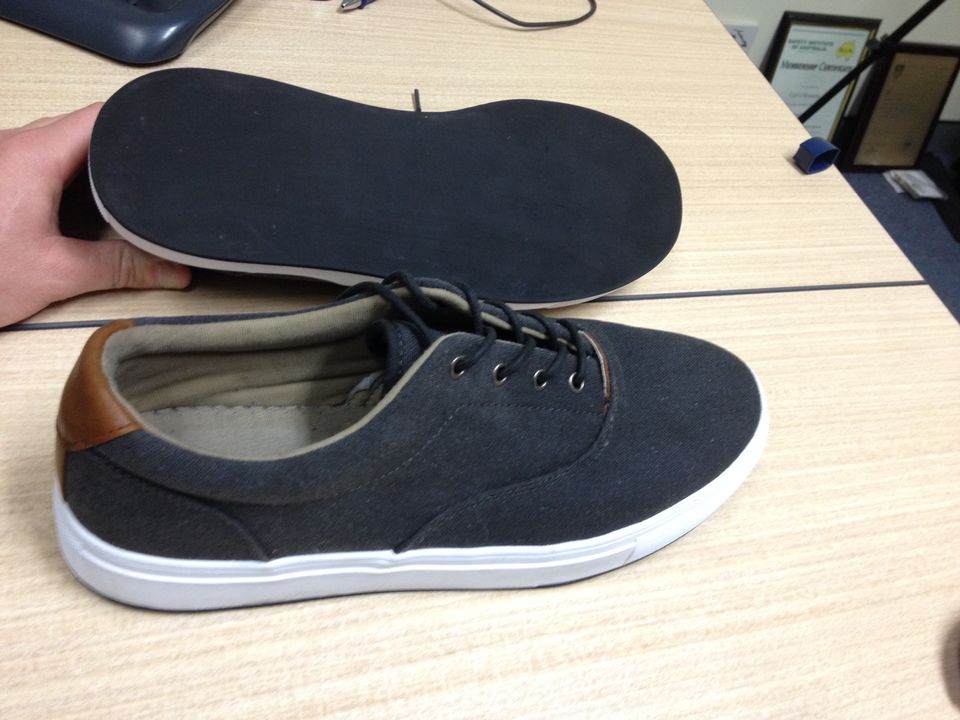 Safe Environments are one of only two NATA accredited slip testing companies in Australia that can undertake the inclining ramp test methods. These two test methods being part of the Australian slip test standard AS 4586 Slip Resistance Classification of Pedestrian Surface Materials include the:

The Australian Standard for slip testing using the wet pendulum method outlined in AS 4586 Appendix A notes that the test may be unsuitable for surface with a volumetric displacement of 4 cm/dm2. With that in mind the RAPRA CH0001 test method can assist to determine whether a surface may have suitable slip resistance.

The second useful purpose of the RAPRA CH0001 slip test is a standardised measure of the slip resistance of shoes. When there is a slip and fall incident which may result in legal proceedings, many experts only consider the floor surface. However the experts at Slip Check can provide additional testing of shoes to assess against the standardised shoes in the RAPRA CH0001 slip test. The slip test resistance of the shoes can then be assessed to determine whether the shoes may have been a significant contributing factor for the slip and fall incident to occur.

The RAPRA CH0001 slip test provides the mean angle of inclination that walkers can achieve with the four S (Slider 960 shod shoes. While the results do not mean that the surface is safe to walk up to that angle on, it can however mean that is the point at which people may be capable of achieving if taking care. Only experts with experience with the RAPRA CH0001 test and the pendulum test should provide interpretation to those results.

In Australia, the two scientists that have experience with both tests and who have both conducted research into these slip test methods is Mr Richard Bowman, Principle of Intertile Research and Mr Carl Strautins, Principle of Safe Environments. Both experts are previous researchers at the CSIRO.

For more information on slip tests of floors and shoes or assistance as an expert in slip and fall matters, please contact the Slip Check team based in Sydney or Melbourne.