Ramp Testing or Pendulum Testing? Which method is right for me? 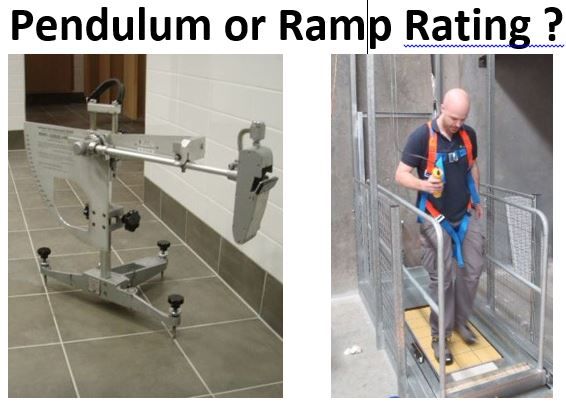 Ramp Testing or Pendulum Testing? Which method is right for me?

Many people whom work with flooring products will have heard of ramp testing or R ratings. They are commonly recommended by architects and quoted by product suppliers. With the 2013 update to the Australian Standard and 2014 update to the Building Code of Australia (to be known as the National Construction Code, or NCC) the wet pendulum testing method is receiving increasing attention. This is leading to some confusion in the industry as to which test method is the most relevant and which results to rely upon. Whilst the R ratings are the more commonly referenced values they are not always the most relevant.

Australian Standard 4586 Slip resistance classification of pedestrian surface materials outlines testing methods for both ramp testing and pendulum testing. There are two versions of the ramp test, one utilises motor oil as a contaminant whilst the test personnel wear safety boots and the other utilises water and barefoot test personnel. These ramp tests are both conducted by having two people walk backwards and forwards on a test sample whilst increasing the incline of the ramp until they slip or feel that they will slip. The angle of the ramp is then used to determine a slip resistance rating for that product, an R rating for the oil-wet ramp test and a rating of A, B or C for the wet-barefoot ramp test.

The ramp testing method can only be conducted in the laboratory and is very specific to the relationship between the flooring product and test conditions, that being either motor oil and safety boots or water and barefoot. If these situations are not relevant to you then the R rating may not be the most ideal testing method to select.

Pendulum testing is portable and is often called upon for legal cases where a slip and fall incident has occurred. A weighted pendulum arm swings an industry standard rubber slider across a water wet surface. The friction exerted onto the slider as it runs across the surface will result in a loss of momentum relative to the slip resistance of the surface. The point at which the arm stops will indicate the British Pendulum Number (BPN) which can be used to determine a corresponding pendulum classification for the surface.

The rubber slider used for pendulum testing imitates the ‘typical’ rubber hardness of an average shoe sole or heel. The large majority of areas in which pedestrians will wear shoes will see a variety of shoe forms, particularly in public areas. An alternative softer rubber can be utilised to represent a bare foot or a vehicle tyre when required.

In order to select which testing method, and consequently which rating method, is relevant for you, first look at what situation the surface will be utilised in. An industrial environment where workers will be prescribed safety boots? One where barefoot traffic will be a common occurrence? Or a public setting where a variety of footwear will be seen? The testing method which best represents the environment in which the product is or will be installed will likely be the most relevant method for you.

Should you have any questions or comments regarding this article feel free to contact the Slip Check team via phone or email at our Sydney or Melbourne office. 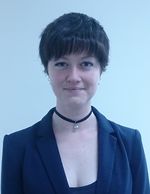 Amy Morris is a Property Risk Assessor at Safe Environments Victoria with a Bachelor of Science (Forensic Science) and associated Biology major and Forensic Chemistry sub-major. Having worked both nationally and internationally in her field Amy is familiar with current standards and legislation for asbestos and other hazardous substances. Trained under Safe Environments NATA endorsed training program she regularly conducts residential and commercial asbestos inspections and provides consulting services to individuals and companies.